Two visits in less than twenty four hours since I have been here.  The beach and the Ban Nam Kem Memorial for Tsunami victims is about 650 metres from my new home.  I am about an hour and a half north of Phuket on the western shore of Thailand in Ban Nam Kem. Ban Nam Kem translates to place of salt water aka Ocean Place.


The waves crash a rhythmical symphony, the golden beach glistens in the sun.  In the distance, masses of Thai fishing vessels sway gently in their berths. On the edge of the beach stands a massive golden Buddha.

The Ban Nam Kem Memorial portrays a wave on one side and has plaques for victims on the other.  A reported 3500 people lost their life in this area. Boxing Day, December 26, 2004, the largest tsunami in history swept away all up and down the west coast of Thailand with the small fishing village of Ban Nam Kem being one of the most intensely affected communities.  The memorial was constructed the following year, along with a small visitors centre.  Both Thai and tourist victims are honoured, with some plaques simply state the countries foreigners were from.  At one end of the memorial, through the wave you can see an old fishing boat that survived the tsunami. 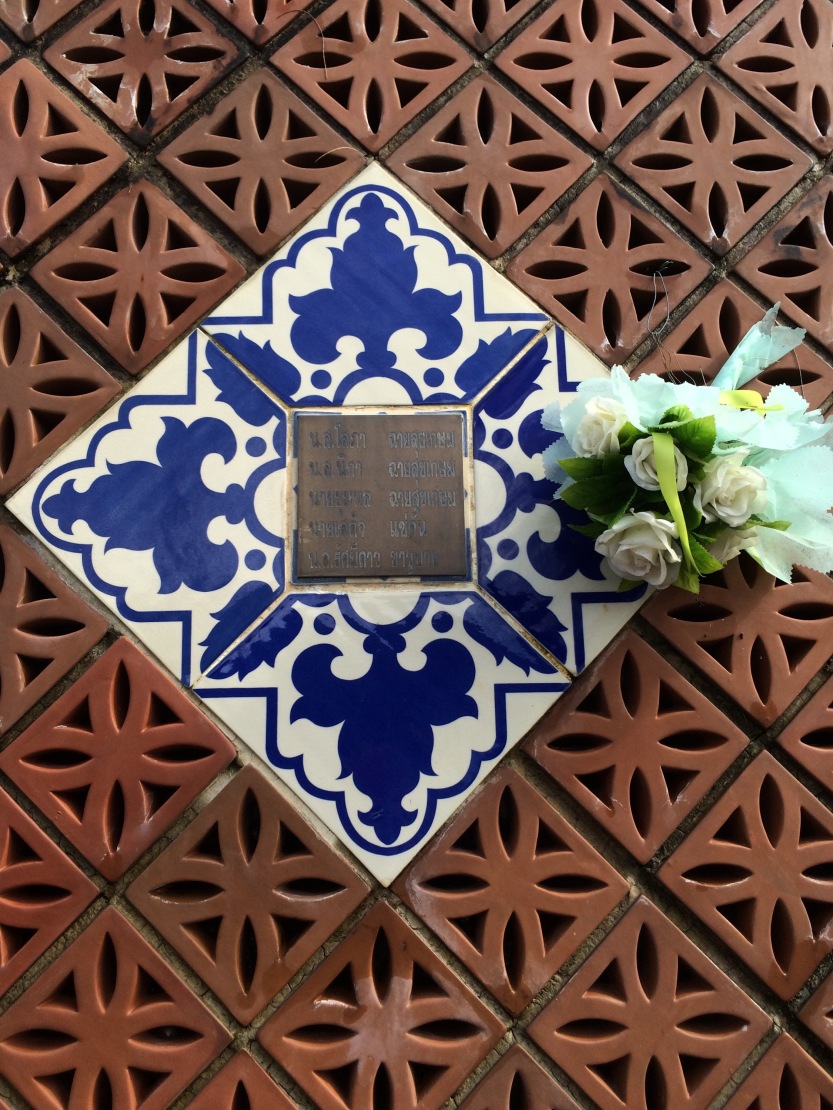 About 1.5 km down the road is a tsunami evacuation building.  Inland and high on stilts, it is a shelter for community members to seek out should the sirens call out a warning again.  There are many scattered throughout the area, with great and plentiful signage.

The memorial is a sad place to visit, but it is also a park where people picnic, play in the sand and reflect on the past and future.   Yesterday afternoon, the low tide sandy shore hosted a number of beach goers.  This morning few as the tide is so high. 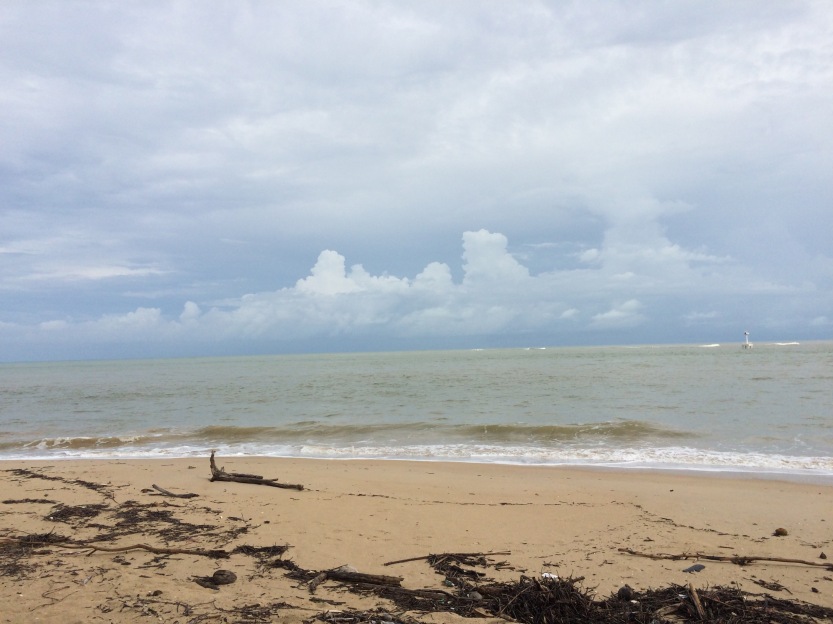 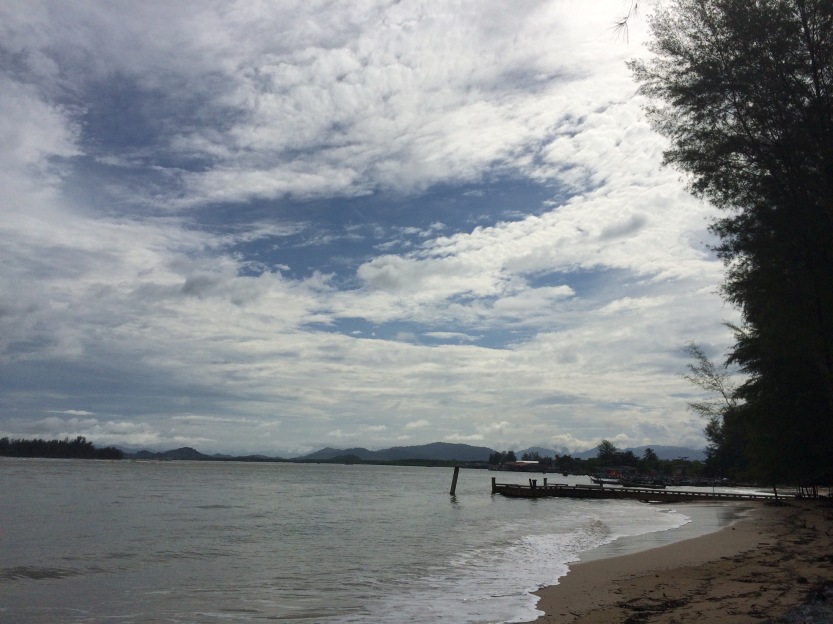