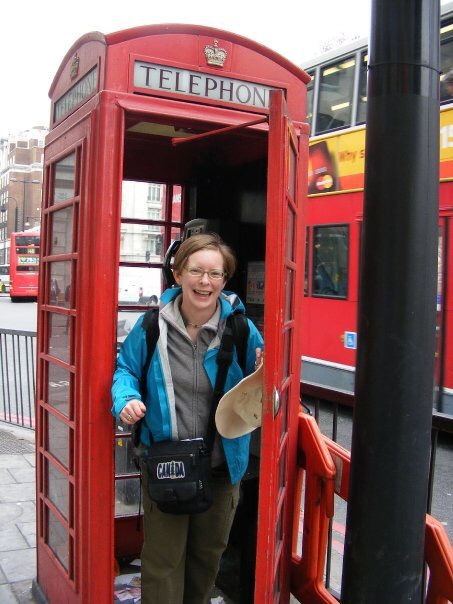 Well, after leaving my fabulous farewell folks at Gate B Meeting Place at the Calgary airport, I met up with 2 recruiters who were headed to London then Germnay for a stint, then some travel in Germany – great gals. Then, I met a woman from South Africa living in Calgary going to London to visit her sister – another wonderful chat.

My seat mate was going to visit her husband in England, where he’s working short-term.

Overall a good flight, but didn’t sleep at all. (par for the course!)

So, I arrived in London and hopped onto the Heathrow Express to go to Paddington Station – the atmosphere along the way was of texture – ivy covered most of the landscape, lots of trees and blossoms, and the houses and buildings were mostly brick – and very close together. A row of attached houses with different colours roofs followed by a row of attached houses with different coloured doors! What a neat place.

At Paddington Station, I saw a statue of Paddington Bear, and had a look at the local grocery store – some familiar, and some unusual fare was found! Soon the gang arrived – Francesca who I knew in Japan (2002-2005 I was on the JET Programme) and hadn’t seen for 5 years. She’s from Australia, her and her husband Duncan are on a working holiday. I was there when they first decided to date – what a great weekend, and they got married last June. Fantastic to see each other if only for a short time. From Peace Boat, I also met with Reevesie – a PhD student with a creative, mathematical mind who’s found his calling in working with Transition Houses and Carbon/Peak Oil issues. Plus, Abi – working for a charity organization that makes wind-up radios and who works on a Stop War campaign on the side. And, Jane – who I only briefly chatted with as she had a work emergency – still dodgey as ever, I’m sure, though! 🙂 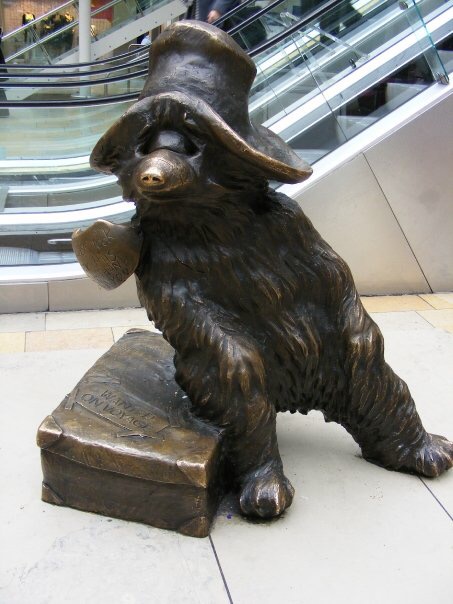 We ate at an Indian-type restaurant which was able to serve vegetarians, vegans, and the still-looking-for-meat before I go veggie me! The sassy server came out with a huge slab of some kind of random meat and plunked it down in front of Vegan Reevesie – what humour those Brits have! 🙂

Abi and Reevesie and I had a wander through Hyde Park – I was fascinated by the curbs saying ‘look right’ or ‘look left’ to pedestrians, the long yellow license plates, funky signs on the buildings for street signs, and of course the red double decker buses and the fun red phone booths. We dropped Abi off at her plush work place, and Reevesie and I walked back to the Paddington Station.

It was a great but very brief visit, and I’m sure glad they were able to tour me around the city. I was snapping photos like there’s no tomorrow, and appreciate their patience!

Now for the long flight – 13 hours. It’s about 6am now, Calgary time, so I’m getting quite dead, but on we go! 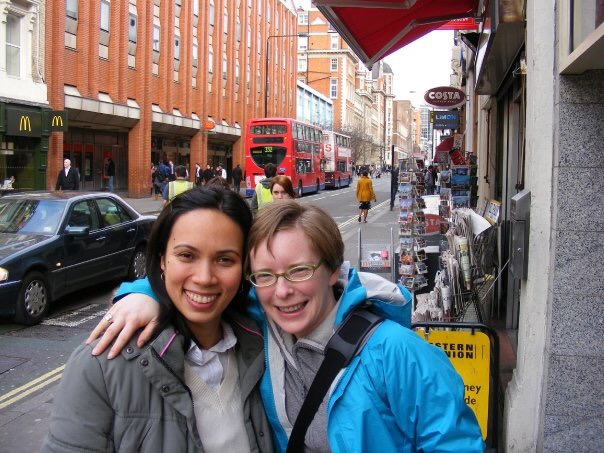