One of my first posts upon arriving included vending machines.  Revisiting that after being here for about a month.  The most vending machines I see are drink machines.  Soft drinks. Also lots of cigarettes though considerably less.   And I thought there were a lot with beer in them but turns out that was my Impression due to one just up the street from me with beer but actually I have only seen two in my town so far that have alcohol.   If you do find a beer machine though it’s a great price.  Cheaper beer for about $1.30 per can is a great deal considering I pay about $5.20 at a cheaper restaurant.

Some of the drinks sound super funny.   Jungle man, Sweet Kiss, Survivor, and Brain Power come to mind.  Shin assures me that Jungleman is actually really good but I haven’t tried it yet.  Intrigued by one with a beautiful picture of Mt Fuji, the funky  Japanese trees I like and the ocean on it but again I haven’t put out cash for it. 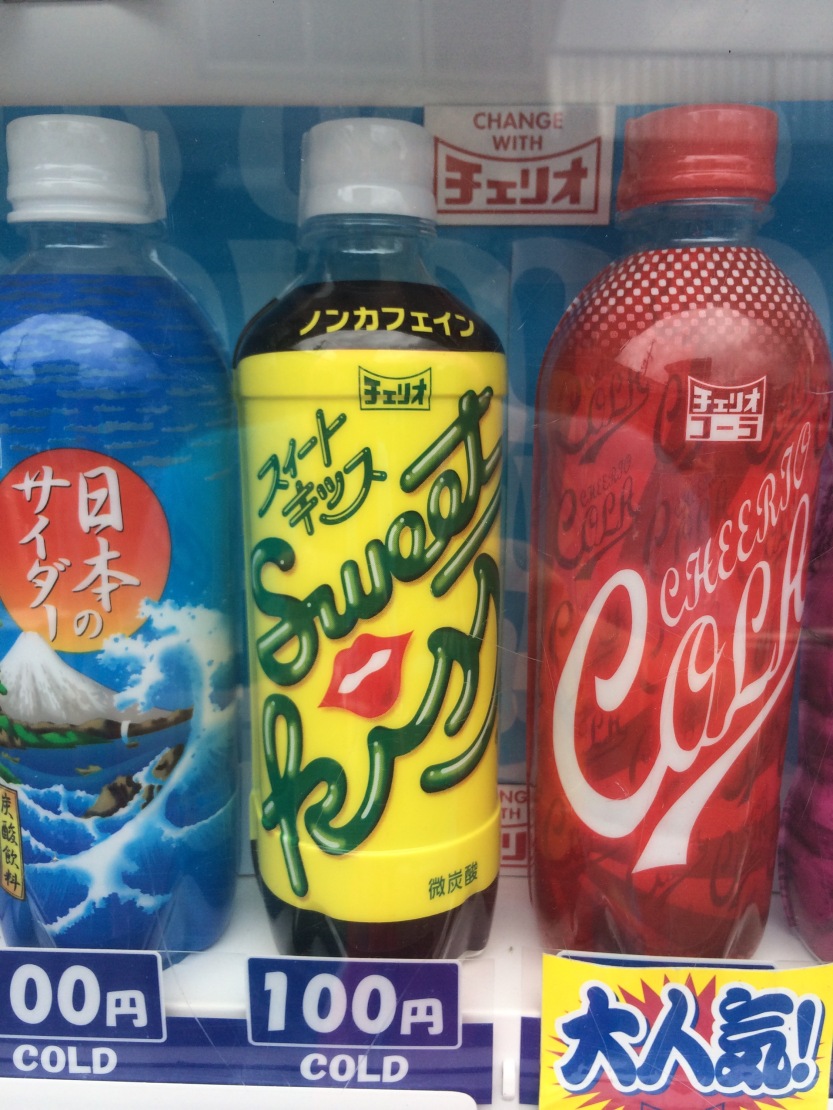 Two nights ago walking home from the station I found a machine that had ice cream!!!!   Fantastic.  I had already bought popcorn from the local movie theatre (aha!) so didn’t but I know I will be back.  It was in front of a book, comic, and dvd store – rentals and for sale.  Some fun flavours that intrigued me!   A lot!!!

The machines are often in random places.  In front of stores, non profits, homes, and even up mountains with rough dirt road access beside temples.  Shin tells me that whoever agrees to have the machine on their property gets a small portion of the proceeds so I guess it’s an incentive for some.


There are some familiar brands such as Coke, plus Boss – I think we have Boss coffee in Canada, and Cheerio with the red and white stripes in the cheap stuff.  All $1.00 or 100Yen.
Anyways hope you enjoy the photos!

One thought on “Thirsty in Hot Summer?  Pick your poison in any random location in Japan ”